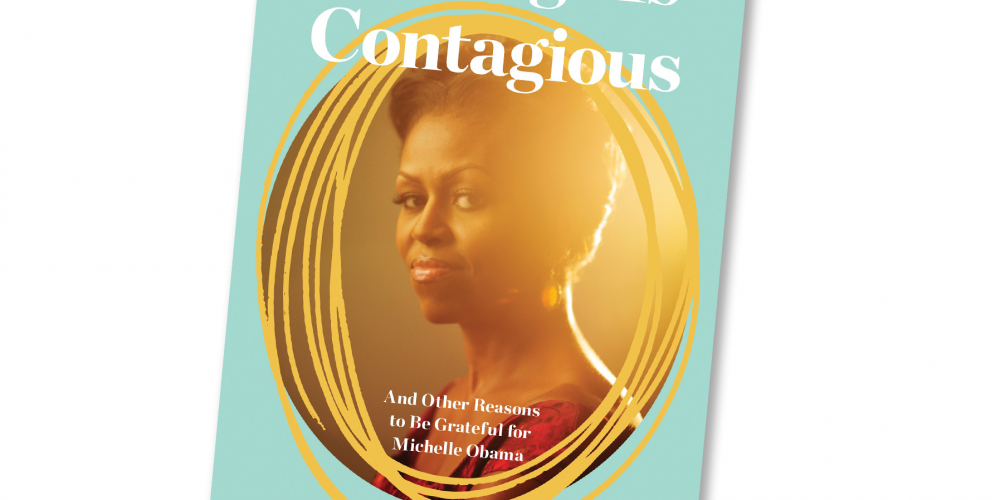 Writing to the First Lady

Earlier this year, BPCS 9th grader Laura Camacho received some news that would stay with her for a while: her writing would be published in a new book about former First Lady Michelle Obama, titled Courage is Contagious. The book is a collection of essays and letters written by authors, luminaries, students, musicians, actors, comedians and editors about the woman who has served as a role model for the world. Laura, a strong writer with a passion for language arts, was stunned to learn that her writing would join that of Gloria Steinem, Alice Waters, Chimamanda Ngozi Adichie and more. In the book, she describes how Michelle’s ascent to global prominence has shaped how she thinks about herself, her writing, and what she can achieve with her own life.

“When I heard that my letter was going to be published in a book, I was shocked,” Laura said. “I was excited that I was chosen to do something I never thought I would be able to do. I feel special because there were so many other girls like me doing this and [it was] me, Laura Camacho, who was chosen out of all of them. Being published in Courage Is Contagiousgave me courage or more fearlessness, I guess you could say, towards writing. I’ve always been very shy, and being chosen to be in such a book gave me the confidence to write more.”

Congratulations from everyone at BPCS, Laura, on your incredible achievement!